A blog about nothing, but mostly itself.

As is well known Wolfenstein 3D is a 2D game, which uses simple raycasting to figure out the distance from the player to the wall's in front of her. As a small hobby project I set out to recreate this. Since my levels (like the original) are bound to a strict grid we don't actually have to do a "real" ray-caster. But can instead just calculate the distance to next tile-border the ray will pass through, and immediately jump there.

This should have been easy, but due to a number of bad missteps on my parts (mostly involving trying to decide my move based on if my angle was pointing left-right or up-down) it took way to long to figure out the proper equations.

In the end it was as simple as:

Along with a trivial decimal-truncation and array reference to check if a given square contains a wall or not. The end result looks rather ok, except some fish-eye effect and bad color blending. 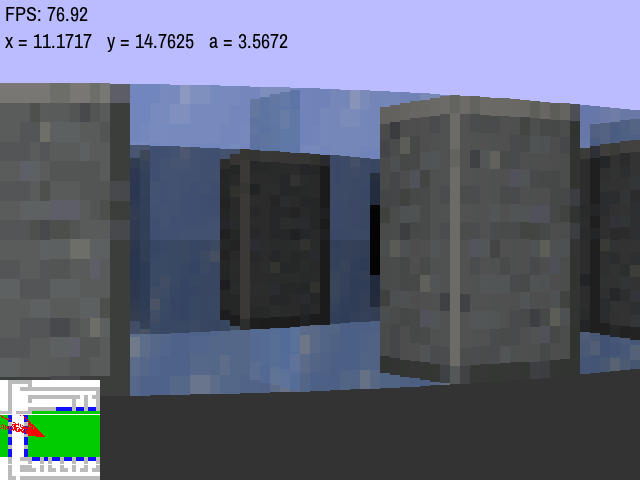